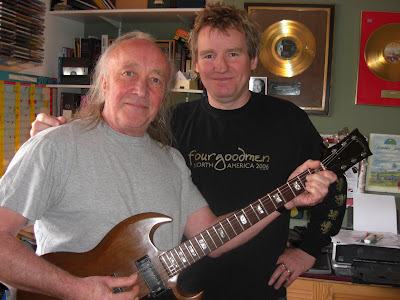 Groundhogs legendary guitar and vocal hero Tony TS McPhee and myself at his home in England. The occasion was the buying of Tony's guitar, which is magnificent, and meeting the legend, who has always been a hero of mine, and a huge influence on me musically.I had lunch with Tony and his new wife Joanna. Lovely, lovely people, and a true Star.

Sons of Dan are no more...well, at least Myself and Brian McGee have called it a day. Mick may very well continue the project, but maybe not. We wish him all the luck in the World..apart from Boston....with the project

Can't wait to get the band out to Dublin. I had such a great time when I was there with Spear of Destiny. I think I swapped my blood for Guiness.

I am on NEARFM RADIO tonight. This is a Dublin based Radio Station. The link is nearfm.ie

posted by Derek Forbes at 1:16 am 2 comments 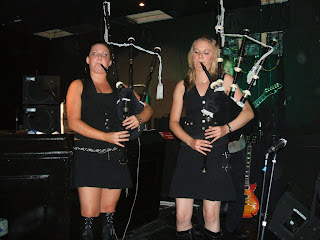 Two of our beautiful Girls.

Labels: Fourgoodmen not just men as you can see

Hey everybody,
I am back, and back with a vengeance. It's taken me over a year to get back onto my Blog, what a twat!
I bought a new lap top and for some reason I couldn't log on with what I thought was the correct password, what a knob !

Anyway, I'm here now, and I will pe dropping in regularly to see what's going on.
I have been writing lots of music and songs for fourgoodmen, and I have been updating my recording studio. I am now working on the same system as Mick MacNeil and Graeme Duffin, so we can exchange files and do our seperate parts at our own studios. Great way to work.
Good to be back

Me with me kilt on in San Francisco. I should have received the Victoria Cross for bravery, as I was surrounded by some lovely chaps, who were trying to photograph the Loch Ness Monster. 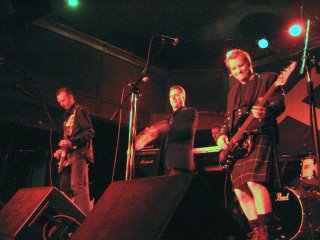 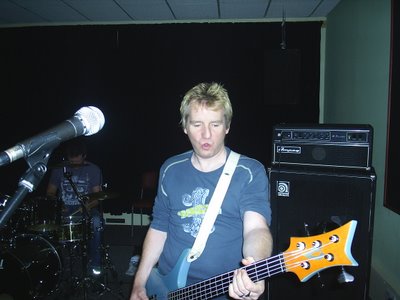 Me practising for the Blow Football Championship last week at rehearsals.

Bring it on FFL 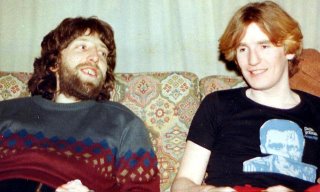 For all the Sons and Fascination fans
This is Steve Hillage and myself, in my flat in Glasgow. 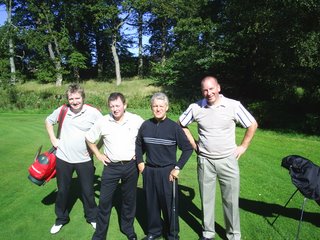 Me and a host of Golfers

Me, Alex, Andy and John